The MPX is a favorite among the VAL6 radiant heaters. The recommended uses are still up for debate. Not so much a “Where can it be used?” list, as a “Where CAN’T it be used?” list. As far as size goes, it weighs in somewhere between the Daystar and the KBE5S. So, where the Daystar can be set up to blow heat directly into a crawl space, the MPX might not. However, the MPX has the widest angle range (45 degrees) of any of the VAL6 heaters, yet is small enough to fit under quite a few objects, it opens things up there for uses. For instance, in winter you’ll get trucks, tractors and other machinery running on diesel that gel up. Being able to tuck the MPX right in there and aim it up means you’ll free up those fuel lines in no time. The insulation industry absolutely loves the VAL6 range in general. See, when you heat up both the application surface, as well as the material, you get greater expansion of foam insulation, which means a better seal, and less money invested in the materials. 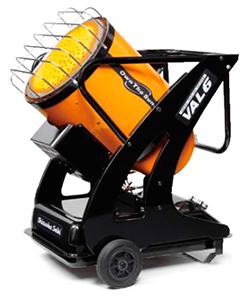 With it’s weight, wide angle range, and other benefits the MPX is often the go-to for emergency personal, construction workers, and shop owners.

The MPX is used best in situations when you need quality heat, fast, and directed at your problem area. Blowing the air and spreading radiant heat towards gelled up machinery or drying out the walls after a pipe leak. Consider these applications: 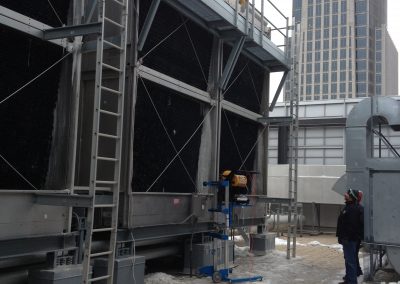 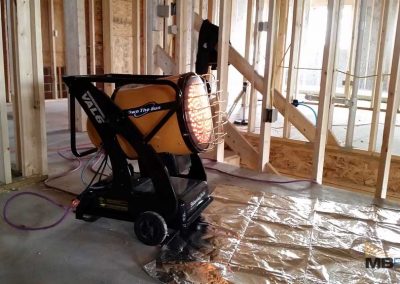 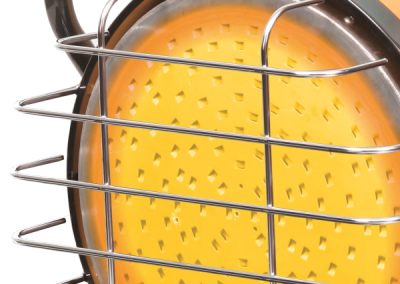